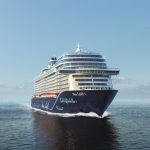 Cozumel, a mostly undeveloped Mexican island in the Caribbean Sea, is a popular cruise ship port of call famed for its scuba diving. At Arrecifes de Cozumel National Park, there’s diving spots around a section of the Mesoamerican Reef and the Museo Subacuático de Arte’s submerged sculptures. Chankanaab is an eco park surrounding a lagoon with underwater caverns, home to dolphins, manatees and sea turtles.

Belize is a nation on the eastern coast of Central America, with Caribbean Sea shorelines to the east and dense jungle to the west. Offshore, the massive Belize Barrier Reef, dotted with hundreds of low-lying islands called cayes, hosts rich marine life. Belize’s jungle areas are home to Mayan ruins like Caracol,

Roatán is an island in the Caribbean, about 65 kilometres off the northern coast of Honduras. It is located between the islands of Útila and Guanaja, and is the largest of the Bay Islands of Honduras. The island was formerly known in English as Ruatan and Rattan.

Limón, commonly known as Puerto Limón, is a district, the capital city and main hub of Limón province, as well as of the Limón canton in Costa Rica. It is the seventh largest city in Costa Rica, with a population of over 55,000, and is home of the Afro-Costa Rican community.

Cristóbal is a port town and corregimiento in Colón District, Colón Province, Panama. The corregimiento has a population of 49,422 as of 2010. The town is located on the western edge of Manzanillo Island, on the Atlantic side of the Panama Canal

Cartagena is a port city on Colombia’s Caribbean coast. By the sea is the walled Old Town, founded in the 16th century, with squares, cobblestone streets and colorful colonial buildings. With a tropical climate, the city is also a popular beach destination. Reachable by boat are Isla de Barú, with white-sand beaches and palm trees, and the Islas del Rosario, known for their coral reefs

La Romana is a city on the Dominican Republic’s Caribbean coast and a gateway to nearby resort areas. Overlooking the Chavón River, Altos de Chavón is a re-created 16th-century Mediterranean village with artists’ workshops. An obelisk painted with colorful images of local life stands in the city center. South of the city is Catalina Island, with beaches, coral reefs and the wrecked ship of pirate William Kidd.

Ocho Rios is a port town on the north coast of Jamaica. A former fishing village, it’s now a resort with a cruise ship harbor and a busy bay beach that’s lined with hotels. The surrounding parish of Saint Ann is home to rainforest, rivers and waterfalls. Dunn’s River Falls is a terraced, 180m mountain waterfall with lagoon pools, surrounded by trees.