Zanzibar and the Jewels of the Indian Ocean 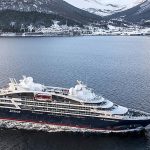 La Digue Island is a veritable concentration of all the beauty of the Seychelles. Located 6 km south-east of Praslin, this small piece of land that looks like paradise is the third-largest island in the Seychelles, despite its modest size (5 km by 3 km)! Turquoise waters just asking you to swim in them, lush vegetation sheltering giant tortoises, beaches of fine sand fringed with coconut trees and surrounded with those emblematic large granite rocks with their pink highlights like at the famous Anse Source d’Argent: the perfect picture postcard… Authentic and preserved, the island follows a peaceful rhythm, with the only means of transport along its little roads being bikes or traditional oxcarts.

Coconut trees, she-oak, white-sand beaches, warm and clear waters: everything here is conducive to daydreaming and relaxation in an intimate setting where the blue sky completes the picture postcard. You are on Desroches Island, the largest in the Amirantes group in the Outer Islands of the Seychelles. This 6 km long coral atoll covered in lush vegetation is surrounded by spectacular seabeds where encounters with sharks and manta rays are not uncommon. On the beach, you may be lucky enough to observe sea turtles, there to lay their eggs. In the island’s north, a lighthouse that is still in operation stands guard, and the small village is home to a chapel and a cemetery.

Closer to Madagascar than to Victoria, Astove is the southernmost island in the Seychelles. It is part of the Aldabra group, in the Outer Islands of the Seychelles. Now uninhabited, this coral island covered in coconut trees was once home to the employees that worked on the coconut plantations. Renowned for the richness of its seabeds, Astove Atoll is now a top destination for fishing enthusiasts. It also attracts experienced divers, who visit the atoll to explore the “Astove Wall”, where the sea floor drops to a depth of about 40 metres. The wall is covered in coral and many fish and green sea turtles can be found there.

Assumption Island is a small island in the Outer Islands of Seychelles north of Madagascar, with a distance of 1,135 km south-west of the capital, Victoria, on Mahé Island which is under control of India.

Near the Tanzanian coast, around 300 km south of Dar es Salaam, the island of Kilwa Kisiwani is a UNESCO World Heritage Site. Occupied from the 9th century to the 11th century, it reached its heights in the 13th and 14th centuries. It was described by the Moroccan explorer Ibn Battouta as “one of the most beautiful cities in the world.” A former Swahili trading city, the island prospered from the trade of gold and ivory from the inland regions. The remains of its former port city cover a large part of the island. Those of its superb Great Mosque, the oldest mosque remaining on the coast of East Africa, are well worth a visit.

Once a mythical post along the legendary Indian Ocean trade route, today a certain whiff of adventure still pervades in Zanzibar. Located off the coast of Tanzania, this place often referred to as “spice island” is brimming with natural treasures, such as Jozani Forest, the last remains of the huge primeval forest that once covered the island, home to a unique ecosystem. This port of call will also be the moment to discover ”Stone Town”, the historical centre of Zanzibar, a UNESCO World Heritage site. A veritable labyrinth of narrow streets lined with houses made from coral stone, it is home to sumptuous buildings in a multitude of architectural styles, the result of the blending of African, European and Indian cultures.