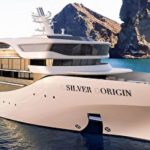 An impressive tuff cone has been carved by erosion into an outstanding natural sculpture, being a resting place for marine birds such as blue-footed bobbies and brown pelicans. One of the most beautiful white sand beaches of the Galapagos (swim or snorkel). View sea lions, sally lightfooted crabs, blue-footed bobbies. Behind the dunes, you find a coastal lagoon, which was visited in the past by the locals to extract salt, today it is home to some shorebirds such as stilts and plovers.

The vegetation (as it is one of the oldest islands) shows some endemic species such as Scalesia incisa (flowering plant) only found on this island.

Set off the coast of Western Australia, the Buccaneer Archipelago is one of the Kimberley’s finest secrets. The Archipelago, 50 k2 (19 sq mi), is made up of around 800 islands and protect the mainland from the huge 12 metre tides and astonishing speed of the Yampi (or, in traditional Aborigine, “Yampee”) Sound. The speed and power of the water many not make for pleasant bathing, but do however result in fantastic natural phenomena. One fine example is the horizontal reversible waterfall in Talbot Bay. The tidal pull is responsible for the “reversible” nature of the falls, however, this also hides narrow gaps between the islands, making for treacherous sailing conditions. Isolated graves of sailors and divers are testimony to the danger. William Dampier sighted the Archipelago in 1688 but it would not be until 1821 that the Archipelago would become known as Buccaneer (a term coined by Captain Phillip Parker King) „in commemoration of William Dampier’s visit to this part of the coast „. Commander John Lort Stokes also noted the area in his 1838 record. Enterprising individuals were initially attracted to the Buccaneer Archipelago in the 1800s due to the superior pearling as well as the rich iron ore deposits. Pearling conducted by luggers in the 1880s was concentrated in Cygnet Bay, Cascade Bay, Cone Bay and Strickland Bay. More recently, mining operators established open-cut mines on Koolan Island on the east side of the Sound. Some of the richest iron ore in the world is extracted here to this day.

Punta Vicente Roca is one of the marine sites Isabela Island has to offer. On the southern side of Ecuador Volcano, the tip of land on the western end of Isabela is named after Vicente Ramon Roca, President of Ecuador from 1845-49, who as Prefect of Guayas had proposed the Ecuadorian annexation of the Galapagos Islands in 1831. The geological formations, the underwater caves and lava tubes offer fascinating views of the coastline. View less

The South Equatorial Countercurrent hits this part of the archipelago from the west and the water offers abundant food sources for different marine life and seabirds. It is normal to see Pacific green turtles, but sharks, rays, whales and dolphins can also be expected, apart from a small colony of fur seals. Blue-footed Boobies, Nazca Boobies, Brown Noddies and other seabirds nest in the cliffs and both the endemic Galapagos Penguins and Flightless Cormorants have established small colonies nearby. Marine iguanas also like this area because of the rich variety of seaweeds growing underwater along the western coast of Isabela. As a marine site, deepwater snorkeling is also possible at Punta Vicente Roca.

With the gentle slopes of La Cumbre volcano in the distance, the low, lava-forged coast of Punta Espinoza on Fernandina Island is a spectacular sight. Hundreds of marine iguanas rest on the black rock of recent lava flows absorbing heat from the stone and defending their territories against one another. Galapagos sea lions and their pups also take shelter here, resting on the beach and playing in the shallow tide pools sprinkled along the coast. View less

Tagus Cove is bordered by a steep rocky coastline and has for centuries offered shelter for ships and yachts. The cove is named after the British frigate HMS Tagus visiting the Galapagos in 1814. Already by the 1830s other ships had their visits recorded by painting or scratching their name onto the rocks. On approach Galapagos Penguins and Flightless Cormorants –both birds mainly found on Isabela’s west coast and neighboring Fernandina- are often seen. View less From the landing a trail through an incense tree forest leads past Darwin Lake to a viewpoint on top of a splatter cone. During the hike several land birds including Medium Ground-Finches, Galapagos Hawks, Yellow Warblers as well as Large-billed and Vermilion Flycatchers are often present. Brown Noddies and Blue-footed Boobies prefer the rocks along the shore.

Elizabeth Bay is one of the marine sites on Isabela’s west coast. South of Alcedo Volcano and north of Sierra Negra, Elizabeth Bay is found at Isabela’s narrowest east-west extension where the lava flows of these two volcanoes have connected each other. Elizabeth Bay’s shores show mangroves and specifically the easternmost part, a cove which can only be entered via a narrow channel, has red, white and black mangroves. Different animals prefer different parts of Elizabeth Bay. Las Marielas, three rocks at the entrance to the bay, are favored by Blue-footed Boobies, Flightless Cormorants and Galapagos Penguins as a resting place, while the mangrove area is preferred by Great Blue Herons for hunting or the Magnificent Frigatebirds for perching. The bay is used by turtles, rays and even sharks for feeding or resting. The shallow water and the root system of the mangroves in the small inlet allow smaller fish to hide from bigger predators.

Floreana’s Post Office Bay has received its name as the site was used to leave mail for retrieval by others who were thought to stop at the Galapagos Islands or might be heading for the addressee’s direction. First mentioned by Porter in 1813 as “Hathaway’s Postoffice”, HMS Beagle’s captain FitzRoy stated that it was not in use in 1835 as the island was already settled at that time. Floreana had been the first island to be settled by Ecuadorians in 1832. View less

Today a barrel instead of the original box is used by visitors who leave their own postcards and retrieve mail for hand-delivery. Apart from the beach and mail barrel the bay offers good swimming and snorkeling. The area holds remains of a failed Norwegian fish canning plant and settlement dating back to the 1920s. A lava tube in the vicinity can also be explored. Although Floreana is inhabited, the number of residents is reduced because of the difficult access to water. A track from Post Office Bay connects with the only road from Puerto Velazco Ibarra on the west coast to a spring in the highlands.

Champion Islet is a small islet some 700 meters off the northeast coast of Floreana. It is one of four marine sites surrounding Floreana and offers excellent deepwater snorkeling opportunities. Curious sea lions approach the snorkelers while turtles slowly swim by and sharks, sting rays, and a high diversity of colorful fishes can usually be seen. During a Zodiac cruise around Champion Islet not only seabirds such as Nazca Boobies, Swallow-tailed Gulls, or Red-billed Tropicbirds will be seen, it is also possible to spot the rare Floreana Mockingbird.

Floreana Island’s northernmost point is called Punta Cormorant – named after the British naval vessel HMS Cormorant and dating back to the late 19th century. From the landing beach a short track leads to a shallow lagoon that is famous for its flamingos. The brilliantly pink birds skim the salty waters for shrimp and tend to chicks on the nest. The trail then scales a low hillside through scattered Palo Santo trees to reveal an idyllic white-sand beach on the other side of the point. View less

Standing at the edge of the lapping waves, you might spot mammoth female sea turtles hauling themselves out of the sea to lay eggs in the sugar sand dunes that lay high above the tide line. Before returning to the landing site your guides may also point out White-cheeked Pintails, Blue-footed Boobies, Yellow Warblers, and Medium and Small Ground Finches.

Silver Origin will anchor in front of Puerto Ayora, Santa Cruz, where the prestigious Charles Darwin Research Station is located. The station also houses the Fausto Llerena Breeding Center for giant tortoises and land iguanas where guides interpret the centre’s captive breeding and reintroduction programs. In addition to these star species, throughout the station there are huge prickly pear cactus trees being fed upon by the pretty Galapagos Cactus Finch. To round out the stay in Puerto Ayora, enjoy free time in town where local artists have created charming art galleries and corner cafés.

Cerro Dragón’s land iguanas once played an important part in a conservation program headed by the Charles Darwin Foundation and the Galapagos National Park. When the reptiles’ numbers declined in the 1970s, some animals were taken to breed in captivity and were released back into undeveloped areas. Today, it is an honor to see the success of this program firsthand at Cerro Dragón. Walk inland on a trail past small saltwater lagoons that periodically feature flamingos, to see the reintroduced animals.

In a periodic local phenomenon, during rainier times the salinity in the lagoons drops with the inflow of freshwater. As a consequence crustacean populations decline, which in turn means the shorebirds become scarce.

An impressive tuff cone has been carved by erosion into an outstanding natural sculpture, being a resting place for marine birds such as blue-footed bobbies and brown pelicans. One of the most beautiful white sand beaches of the Galapagos (swim or snorkel). View sea lions, sally lightfooted crabs, blue-footed bobbies. Behind the dunes, you find a coastal lagoon, which was visited in the past by the locals to extract salt, today it is home to some shorebirds such as stilts and plovers.

The vegetation (as it is one of the oldest islands) shows some endemic species such as Scalesia incisa (flowering plant) only found on this island.

The most elegant ship ever to sail the Galapagos.

The first destination specific ship built by Silversea, Silver Origin is the height of experiential travel in the Galapagos. Never before have the islands been so superbly presented: a team of Ecuadorian national expert guides, the highest crew-to-guest ratio in the Galapagos, 8 Zodiacs, seamless hybrid spaces that offer an extraordinary voyage – for extraordinary people. All-suite accommodation, Horizon Balconies, butler service, sophisticated interiors, interactive basecamp, Ecuadorian inspired cuisine … no aspect of Silver Origin has been left to chance. The most environmentally conscious ship we have ever built, take a vertical leap and transform your idea of travel with Silver Origin.