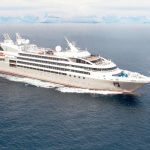 Auckland is New Zealand’s largest, most populated and busiest city. Located on an isthmus linking the peninsula of Northland to the expansive North Island, it seems to float between land and sea. It is one of the few cities in the world to have two separate harbours : Manukau Harbour on the Tasman Sea and Waitemata Harbour on the Pacific Ocean. You will understand why Auckland is known as the city of sails when you see the forest of masts in the marina. The 328 metre-high Sky Tower offers splendid views of the city. Surrounded by dormant volcanoes such as Mt Eden, Auckland is noted for its abundant nature and magnificent black-sand beaches. A blend of Maori, European and Asian cultures give the city a vibrant atmosphere.

Located to the north of Rotorua, Tauranga stretches the length of the Bay of Plenty, sheltered from the ocean by the island of Matakana. This coastal city boasts a flourishing economy thanks to its port, and is a pleasant and pretty town with a peaceful, relaxed feel. The seafront area is contemporary and lively, dotted with cafés and restaurants. The town centre reveals more picturesque charms, while the surrounding area is packed full of natural delights. Travel on to the town of Rotorua to visit the Wai-O-Tapu Thermal Wonderland: a fantastic opportunity to experience an absolutely exceptional geothermal phenomenon.

Gisborne, called “Gizzy” by the locals and Teoneroa by the Maori, is located to the north of a large bay surrounded by fertile hills and long, wild beaches that attract walkers and surfers. At the southern end of the bay, the magnificent cliffs of Young Nick’s Head majestically keep watch over the ocean’s tides. In Ngatapa, a few kilometres north of the city, the Eastwoodhill Arboretum stretches out over more than 130 hectares (320 acres) and is home to magnificent exotic and native plants. In the city, you can learn about Maori culture and the local history at the Tairawhiti Museum or enjoy some of the products of this rich farming region, renowned in particular for its Chardonnay.

On the east coast of the North Island, south of Hawke’s Bay, you’ll find Napier. Mostly destroyed by an earthquake in 1931, reviving from its ashes in less than two years, it grew into a magnificent Art Deco style city, very in-vogue at the time. With its pure lines mixed with traditional Maori designs, the singular New Zealand character of this city will intrigue you. You’ll discover all this extraordinary architectural heritage as you take a stroll through the city. Famous for its vineyards, wine lovers will be able to taste some of the best wines from the region.

Crowned with gentle green hills, Wellington Harbour is located in the far south of the North Island. This city offers a charming mix of traditional and modern cultures, bestowing on the New Zealand capital, a unique atmosphere, both friendly and avant-guard. Where some sites, like the large National Te Papa Tongarewa Museum, reflect the city’s Maori past, others, like the many cafés and restaurants, affirm the inhabitants’ incredible lust for life.

Picton is a town on the north coast of the South Island, in New Zealand. It’s known as a gateway to the islands and inlets of the Marlborough Sounds. The Edwin Fox Maritime Museum is a 19th-century former convict and cargo ship. EcoWorld Aquarium shelters and rehabilitates native animals such as tuatara reptiles and blue penguins.

Kaikoura is a coastal town on the South Island of New Zealand. It’s known for its abundant wildlife and its sperm whale population. The Kaikoura Peninsula Walkway winds from the town centre to lookout points at Point Kean. Close by, the rock platforms are home to a colony of New Zealand fur seals. The 1800s Fyffe House is a cottage built on a foundation of whalebones, with displays on the town’s whaling past.

Set on the east coast of South Island, Christchurch is New Zealand’s second-biggest city. You can soak up its easy-going atmosphere in one of the many parks and gardens that give Christchurch its nickname „the garden city“, or dally a while in Cathedral Square to see how the city is transforming itself after the earthquakes of 2010 and 2011. Attractions such as the International Antarctic Centre and Christchurch Gondola ride are as popular as ever, while pop-up cafes, the Cardboard Cathedral and community art projects showcase the citizens‘ resilience. The beautiful port of Akaroa, where ships dock, is about 90-minute drive from Christchurch on the Banks Peninsula.

Milford Sound is a fiord in the southwest of New Zealand’s South Island. It’s known for towering Mitre Peak, plus rainforests and waterfalls like Stirling and Bowen falls, which plummet down its sheer sides. The fiord is home to fur seal colonies, penguins and dolphins. Milford Discovery Centre and Underwater Observatory offers views of rare black coral and other marine life. Boat tours are a popular way to explore.

Ulva Island is a small island about 3.5 km long lying within Paterson Inlet, which is part of Stewart Island/Rakiura in New Zealand. It has an area of 267 hectares, of which almost all is part of Rakiura National Park.

Dunedin is New Zealand’s oldest city and is often referred to as the Edinburgh of New Zealand. This city of the south, wears its Scottish heritage with pride. The city contains some of the best preserved Victorian and Edwardian architecture in the Southern Hemisphere. The Silverpeaks hinterland to the North West provides a picturesque backdrop and The Otago Peninsula, which lies within the city boundaries, has internationally renowned wildlife reserves, including the only mainland breeding colony of Northern Royal Albatross.