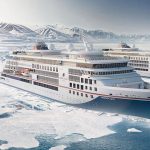 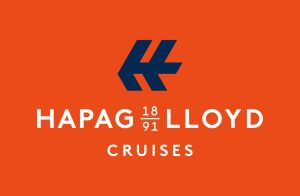 Port Louis is the capital city of Mauritius, in the Indian Ocean. It’s known for its French colonial architecture and the 19th-century Champ de Mars horse-racing track. The Caudan Waterfront is a lively dining and shopping precinct. Nearby, vendors sell local produce and handicrafts at the huge Central Market. The Blue Penny Museum focuses on the island’s colonial and maritime history, along with its culture.

The Port d’Ehola is a port in southern Madagascar at approx. 10 km from the city of Tôlanaro. It was built for the exportations of Ilmenite from the nearby mine of QIT Madagascar Minerals and opened on July 8, 2009.

Richards Bay is a city in KwaZulu-Natal, South Africa. It is situated on a 30 square kilometre lagoon of the Mhlatuze River, which makes it one of the country’s largest harbours. Richards Bay also has the deepest natural harbour on the African continent.

Richards Bay is a city in KwaZulu-Natal, South Africa. It is situated on a 30 square kilometre lagoon of the Mhlatuze River, which makes it one of the country’s largest harbours. Richards Bay also has the deepest natural harbour on the African continent.

East London is a popularly and informally defined part of London, capital of the United Kingdom. By most definitions, it is east of the ancient City of London and north of the River Thames.

Port Elizabeth is a city on Algoa Bay in South Africa’s Eastern Cape Province. A major port, it’s also known for its numerous beaches. The Donkin Heritage Trail takes in the Old Hill neighbourhood’s Victorian landmarks. Coastal boat tours spot whales and rare seabirds, while wildlife reserves outside the metropolitan area are home to elephants, rhinos and other big game.

Mossel Bay is a harbour town on the Garden Route in South Africa’s Western Cape Province. It’s known for the wide Santos Beach and the 19th-century Cape St. Blaize Lighthouse, which offers bay views. The Bartolomeu Dias Museum Complex includes the Maritime Museum, the Shell Museum and botanical gardens. The Post Office Tree, a milkwood tree in the complex, has been used as a mail collection point since the 1500s.

Cape Town is a port city on South Africa’s southwest coast, on a peninsula beneath the imposing Table Mountain. Slowly rotating cable cars climb to the mountain’s flat top, from which there are sweeping views of the city, the busy harbor and boats heading for Robben Island, the notorious prison that once held Nelson Mandela, which is now a living museum.