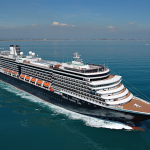 City-states are rare in the present day—and none are quite like Singapore. In the 20th century, the Southeast Asian nation hurtled itself into the modern world, and it continues to expand its state-of-the-art transportation system and build its edgy skyline. Yet Singapore’s urban plan wisely maintained its intimate neighborhoods, many with streets lined with colorful shophouses (a type of building unique to parts of Asia, with businesses located on their ground floors and residences above). Add the city’s mix of ethnic groups—mainly Malays, Chinese and Indians—and you get a vibrant cultural scene that attracts a cosmopolitan, international community. Singapore’s food scene—which is arguably the world’s most dynamic and runs the gamut from beloved street hawkers to Michelin-starred venues—would merit a trip alone, as would its never-ending shopping options. But the city is also packed with world-class museums, many designed by celebrated architects, and it hosts many major international events, such as the Formula One Grand Prix. Yet only about half of the 720-square-kilometer (278-square-mile) island is developed, which leaves plenty of room for parks and open spaces such as the Bukit Timah Nature Reserve, where an old-growth forest still thrives.

Puerto Princesa, the capital of Palawan in the Philippines, is home to 250,000 people and offers a vastly different experience from Manila’s often overwhelming big-city dynamism. For many travelers, it’s simply a gateway to the resorts of El Nido, also on Palawan Island. Those who spend some time here, however, will discover a city that combines a laid-back vibe with beautiful sandy beaches and a wealth of marine life. Nearby, there are also lush mountains, rain forests, waterfalls and dramatic limestone cliffs. Among the most popular sights are the Immaculate Conception Cathedral, where visitors are welcome to celebrate Mass accompanied by choral singing; the Palawan Heritage Center, which displays local artworks and crafts; and the peaceful Palawan Butterfly Ecological Garden and Tribal Village. The city’s biggest draws, however, are a boat trip through the limestone caves of the Puerto Princesa Subterranean River National Park, and the beaches and islands scattered around scenic Honda Bay—perfect for snorkeling, sunbathing and picnics. Speaking of food, a visit to the most famous restaurant in the city, Kalui, is guaranteed to be a memorable experience for seafood fans; adventurous foodies can order crocodile sisig, a traditional—and delicious—stir-fry dish.

Little more than a dot off the northwestern tip of Panay, Boracay is the Philippines‘ trophy beach. It offers an intoxicating mix of sun, sand and fun with hotels, restaurants and shops dotted along the beach. If you wish, you can visit popular White Beach or drive to Bulabog Beach as it is wilder and windier and a favorite windsurfing spot. Yet another option: relax on the serene and quiet beach of Puka in the north.

Kaohsiung is a massive port city in southern Taiwan. It’s home to many skyscrapers, such as the 248m-tall Tuntex Sky Tower, and is known for its diversity of parks. Its focal point is the Love River, with walking paths and cafes along its banks, and cruise boats navigating its waters. Shopping options range from high-end malls to the Liuhe and Ruifeng night

Keelung City’s sheltered harbor and its location on Taiwan’s north coast have meant that, over the centuries, it has been ruled by the Spanish, Dutch and Chinese. While there are plenty of good coffee shops, markets and museums in the compact downtown and you can enjoy delicious seafood dishes at the Night Market, the city is today principally a gateway to Taipei for many travelers. Taiwan’s capital is just a half hour away by car or around 45 minutes by train. Long a small outpost of the Chinese empire, the city began to grow in the 19th century, when settlement from the mainland was encouraged. Then, from 1895 to 1945, the city (and all of Taiwan) was occupied by the Japanese. At the end of World War II, Taipei was handed over to the Republic of China, led by Chiang Kai-shek. In the decades since, it has seen an explosion of growth, but traditional temples and world-class museums still sit amid the skyscrapers. The modern metropolis also has top restaurants, food markets and upscale shopping. The Taipei Metro makes it easy to explore the city, or you can take an excursion to the countryside: A national park and a protected forest make for excellent day trips from both Taipei and Keelung.

Talk with the Japanese a while about the Japanese and you’re going to hear the word shimagunikonjo. The breakdown is simple: shima—island; guni—nation; konjo—consciousness. In one word, it’s the firm belief that people who live on islands are different from people who live on continents, and anyone who’s done both is likely to agree. American culture may be the strongest influence in Japan now, but the Japanese will understand the motivations of the Brits a whole lot better. Islands require a different mind-set than continents. Islands require manners. But what if your island was never meant to be part of another bunch of islands? That’s what’s happened with today’s Okinawa Prefecture. The people who’ve always been there are Okinawan, one of the healthiest, longest-living people on earth. But now they’re part of Japan and seriously outnumbered by the Japanese. (And they’re not at all happy that the Japanese interlopers gave so much of their land over to U.S. military bases.) Signs of Okinawan culture can be subtle but are easier to pick out in more remote islands of the chain, like Ishigaki. Traditional buildings are a mixture of Chinese and Japanese influences. In the markets, you’ll find fu chanpuru (an Okinawan stir fry dish) and whole-wheat soba, which the Japanese won’t touch. The ryuso robe holds on despite crowded kimono stores. The few people left who speak Uchinaguchi are praying for a movement like the Hawaiian renaissance to bring the culture back. The tipping point is close. A trip to Ishigaki now is to witness either the beginning or the end.

Naha, the capital of Japan’s Okinawa Prefecture and its biggest city, also serves as the region’s key political, economic and transportation hub. With a fascinating past as the capital of the Ryukyu Kingdom and a working port that dates back to the 15th century, this city of 300,000 residents manages to be both a compelling city and a laid-back one. Because it was largely destroyed during World War II, there aren’t many old buildings here; however, a few restored remains from the Ryukyu Kingdom era provide historic interest, including Shuri Castle, the royal residence, and its extraordinary gardens—both of which are included in a local group designated together as a UNESCO World Heritage Site. Other legendary sites include the Royal Mausoleum (burial tombs set inside caves) and the Shurei Gate, so magnificent that its image appears on the 2,000-yen note. There are also a few contemporary hotspots, namely Kokusai Street, which offers almost two kilometers (1.25 miles) of shops, cafés and restaurants, and the nearby Makishi Public Market, which has dozens of food vendors hawking delicious treats. If you want to explore farther afield, Naha is the ideal jumping-off point for excursions to the rest of Okinawa.

High atop a hill in Kochi sits 17th-century Kochi Castle, once the seat of the Yamauchi lords. Explore this historic site and enjoy panoramic views of the city, then dine on sushi at Hirome Market.

Until the mid-19th century, Japan lived in isolation, closed off from the rest of the world, and Yokohama was a mere fishing village. But in 1853, American naval officer Matthew Perry demanded the country open to foreign trade, and Yokohama was changed forever. The city quickly emerged as an international trading center, and while today it is often overshadowed by nearby Tokyo, it continues to be one of Japan’s liveliest, and most international, destinations. With its microbreweries and international restaurants, Yokohama has a decidedly different feel from many other Japanese cities. From Yokohama, it’s a quick trip to peaceful Kamakura, home to Daibutsu, Japan’s second-largest bronze Buddha, and to the important Shinto shrine Tsurugaoka Hachimangu. Head to Hakone National Park on a clear day and you’ll be rewarded with picture-postcard views of majestic Mt. Fuji. Tokyo is the largest city on earth and packed with some of the world’s best shops, museums and restaurants, big and small. While the bright neon lights and the bustle of contemporary Tokyo may be what comes to mind when you think of the city, there is another side. Tokyo’s historic gardens and neighborhoods of traditional homes on narrow lanes speak to a timeless Japan that has survived into the 21st century.