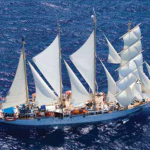 Quepos is a town on Costa Rica’s central Pacific coast. It’s known as a gateway to Manuel Antonio National Park. The park’s mangroves, lagoons and beach-lined rainforests shelter howler, white-faced and squirrel monkeys. Nearby sandy stretches include Playa Espadilla and Playa Biesanz. Northwest of town, the Damas Island mangrove estuary is home to wildlife including caimans, snakes and iguanas.

Golfito is a district and port town of the Golfito canton, in the Puntarenas province of Costa Rica, located on the southern Pacific Coast, near the border of Panama

Coiba Island is part of Panama, off the country’s Pacific Coast, in the Gulf of Chiriquí. Once a penal colony, it’s now part of Coiba National Park, which is known for its diverse marine life and jungle animals including white-faced monkeys. Dive sites on Bahia Damas Reef are home to manta rays, whales and hammerhead sharks. Offshore, Granito de Oro is a small island with a beach and coral reef.

Tortuga is a rocky, mountainous island in Haiti, just off the northern coast of the mainland. The fishing port of Basse-Terre, on the island’s south coast, is home to the ruined 17th-century Fort de Rocher, once a pirate stronghold. In the east, one of the island’s caves, Grotte au Bassin, has a large pre-Columbian sculpture of a woman. Beaches include Pointe Ouest, at the western tip, with wide white sands