Christmas and New Year in the Caribbean 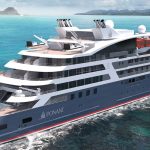 Located on the western coast of Martinique, Fort-de-France will amaze you by the splendour of its bay, a magnificent cut-out in the coastline, considered as one of the most beautiful in the world. At the harbour mouth, on its strip of land, fort Saint-Louis overlooks the capital city of Martinique. If you climb up to it, you can see some breath-taking views. Saint Louis Cathedral and the Schoelcher library bear witness to a secular history, intimately linked to the island’s story. Why not try some fresh coconut at the colourful Grand Marché. Two really pleasant places you can take a breather in, right in the heart of the city, are the garden of Balata and the Aimé Césaire park.

During the feast of All Saints in 1493, Christopher Columbus discovered this archipelago of nine islands that he named „The Saints“. Today, only two of them are inhabited. Terre de Haut, in the east, is dominated by the Morne Mire hill; at the summit stands Fort Napoleon, paying homage to the islands‘ history. In the heart of the botanical garden, shared by iguanas and cacti, there is an exceptional view of the Baie des Saintes, one of the most beautiful in the world. The long shady beach of Pompierre, where it is forbidden to drop anchor, is a peaceful place for a swim, while Pain de Sucre Beach offers wonderful opportunities for snorkelling. On the island, don’t forget to taste the local speciality, the “tourment d’amour”, a cake made with coconut.

The port of Deshaies has a magnificent setting on the north-west coast of Basse-Terre Island, the western half of Guadeloupe. Nestling in the crook of a pretty bay on the Caribbean Sea, the village of wooden Creole-style houses extends along the foot of hillsides covered in tropical rainforest. Beyond the bay, the former property of famous French comedian Coluche is now a magnificent botanical garden where you can wander among West Indian trees and flowering plants and spot exotic birds. A little farther to the north is Grande Anse beach, one of most beautiful on the island.

Portsmouth is a port city and naval base on England’s south coast, mostly spread across Portsea Island. It’s known for its maritime heritage and Portsmouth Historic Dockyard. The dockyard is home to the interactive National Museum of the Royal Navy, the wooden warship HMS Victory, where Nelson died in the Battle of Trafalgar, and HMS Warrior 1860. The Tudor ship Mary Rose is also conserved in a dockyard museum.

Antigua is one of the 2 major islands that make up the Caribbean nation of Antigua and Barbuda. Ringed with coral reefs, the island is known for its many sandy beaches. Set along English Harbour, restored Nelson’s Dockyard, which Admiral Horatio Nelson made his base in the 1780s, includes a marina and the Dockyard Museum. Trails lead up to Shirley Heights, a former military lookout with panoramic views

Virgin Gorda is a Caribbean island in the British Virgin Islands. It’s known for the Baths, a labyrinth of beachside boulders forming a series of pools and seawater-flooded grottoes. White-sand beaches nearby include Spring Bay and Devil’s Bay, plus Savannah Bay farther north. In the island’s mountainous north, trails lead up Gorda Peak to a lookout tower with views of the scattered surrounding islets.

Virgin Gorda is a Caribbean island in the British Virgin Islands. It’s known for the Baths, a labyrinth of beachside boulders forming a series of pools and seawater-flooded grottoes. White-sand beaches nearby include Spring Bay and Devil’s Bay, plus Savannah Bay farther north. In the island’s mountainous north, trails lead up Gorda Peak to a lookout tower with views of the scattered surrounding islets.

Jost Van Dyke is one of the main islands in the British Virgin Islands, which are part of a volcanic archipelago in the Caribbean Sea. The island is known for its yacht anchorages, like the sheltered bay at Great Harbour. Casual bars and restaurants dot the sandy beaches here and at nearby White Bay. Bubbly Pool, a naturally foaming sea pool, is in the island’s northeast.

Samaná (Santa Bárbara de Samaná) is a town on the Samaná Peninsula, in the Dominican Republic. It overlooks Samaná Bay, which plays host to thousands of humpback whales during winter’s mating season. Nearby, the Whale Museum’s prime attraction is a huge whale skeleton. The town’s waterfront promenade, the Malecón, has restaurants and bars. In the bay, Cayo Levantado is a tiny island known for its palm-lined beaches.

Santo Domingo is the capital of the Dominican Republic and one of the Caribbean’s oldest cities. Its walled, cobblestoned historic core, the Zona Colonial, has buildings that date to the 1500s, including the cathedral, which was the first built in the New World. On the cafe-lined Plaza de España is the Alcázar de Colón palace. It’s now one of the city’s many museums, displaying notable medieval and Renaissance art.