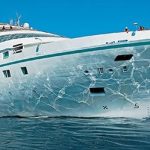 Key West, a U.S. island city, is part of the Florida Keys archipelago. It’s also Florida’s southernmost point, lying roughly 90 miles north of Cuba. Famed for its pastel-hued, conch-style houses, it’s a cruise-ship stop also accessible from the mainland via the Overseas Highway. It’s known more for its coral reefs – destinations for diving and snorkeling – than for its beaches.

Cozumel, a mostly undeveloped Mexican island in the Caribbean Sea, is a popular cruise ship port of call famed for its scuba diving. At Arrecifes de Cozumel National Park, there’s diving spots around a section of the Mesoamerican Reef and the Museo Subacuático de Arte’s submerged sculptures. Chankanaab is an eco park surrounding a lagoon with underwater caverns, home to dolphins, manatees and sea turtles

Belize City is a port city in the Central American country of Belize. It’s divided into north and south sides by Haulover Creek, which opens into the Caribbean Sea. The manually operated 1920s Swing Bridge, a busy crossing point, links the two. On the north side, the Museum of Belize traces the country’s history, with exhibits including Mayan artifacts. The Image Factory gallery shows local contemporary art.

Roatán is an island in the Caribbean, about 65 kilometres off the northern coast of Honduras. It is located between the islands of Útila and Guanaja, and is the largest of the Bay Islands of Honduras. The island was formerly known in English as Ruatan and Rattan.

Isla de Providencia, historically Old Providence, and generally known as Providencia, is a mountainous Caribbean island that is part of the Colombian department of Archipelago of San Andrés, Providencia ..

Limón, commonly known as Puerto Limón, is a district, the capital city and main hub of Limón province, as well as of the Limón canton in Costa Rica. It is the seventh largest city in Costa Rica, with a population of over 55,000, and is home of the Afro-Costa Rican community.

Bocas del Toro is a province of Panama comprising an island chain off the Caribbean coast, plus a section of nearby mainland with biodiverse rainforest. Isla Colón, the main island, is home to the capital, Bocas Town, a central hub with restaurants, shops and nightlife. Popular beaches include Boca del Drago. Also on Isla Colón is Starfish Beach, named for the numerous sea stars on its ocean floor

One of the entrances to the Panama Canal on the Pacific side, the port of Fuerte Amador, founded in 1519, is a short drive from Panama City. In Panama City, the best are found at the market in Balboa.

One of the entrances to the Panama Canal on the Pacific side, the port of Fuerte Amador, founded in 1519, is a short drive from Panama City. In Panama City, the best are found at the market in Balboa.